Seven days into the New Year and my usual resolution was going quite well.  My perennial goal to be healthier was underway and as I have listened to ALL of the gurus this year, I created a list of small goals that were quantifiable and attainable:  less meat and more vegetable based meals, drink 64 oz. of water per day, meditate 10 minutes per day and exercise 5 times per week. Go me!  I may as well have a gold star tattooed on my ass right now.  I am doing this.

Then, the message came. A new friend I had made suggested that we meet up. She wanted to pick my brain about an upcoming trip.  As we share a obsessive love of Italy, she suggested we meet on Franklin Avenue, the Italian neighborhood in Hartford. Mozzicato’s has fantastic coffee she said.  Of course they do. It’s Mozzicato’s. On Franklin Avenue. They know coffee.  What they also know is how to make pastries. Decidedly unhealthy but undeniably delicious pastries.  Many of you know me well enough to know that sweets are not usually my weakness.  But one thing I can’t resist is a sfogliatella. Layer upon layer of crunchy pastry dough filled with ricotta cheese that has been made even more delicious with the addition of candied orange peel and cinnamon. I prayed with every fiber of my being that at 10am they would be fresh out of sfogliatelle so I could continue on my merry, Greek yogurt eating, 10,000 step counting way. Alas, the waitress confirmed the availability of sfogliatelle. In fact, they had just taken them out of the oven (the only time you should ever actually eat them) and so Day 7 became New Year’s Eve and Day 8 became Day 1 as I start my healthy quest all over again. 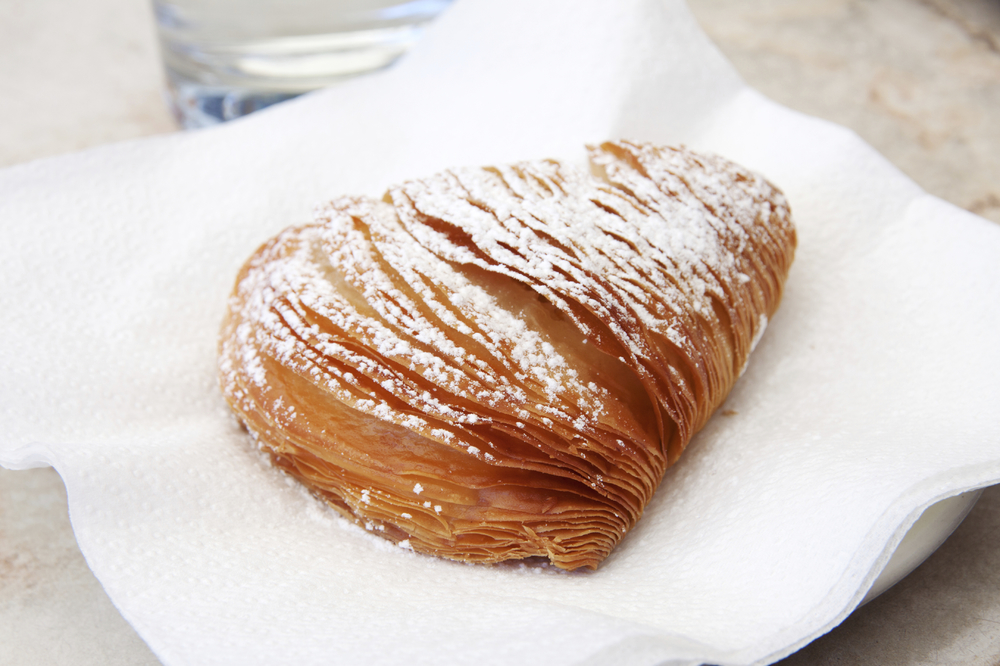 All was not lost though as there were several good things that happened:

I hope that happiness is one of your resolutions as well and that we find it together this year!