Bologna – la grassa, la dotta, la rossa (the fat, the wise, the red).  The fat because you never eat better than in Bologna. It’s gastronomic tradition is unrivaled.  There are fabulous markets, cafes and restaurants throughout the city.  The wise because it is home to one of the oldest universities in Europe.  The red because of the terracotta roofs that create its skyline but also for the fact that there is a strong Communist tradition.  It’s a city that is gaining traction as a tourist destination and rightfully so.  Get there before the hoards do. 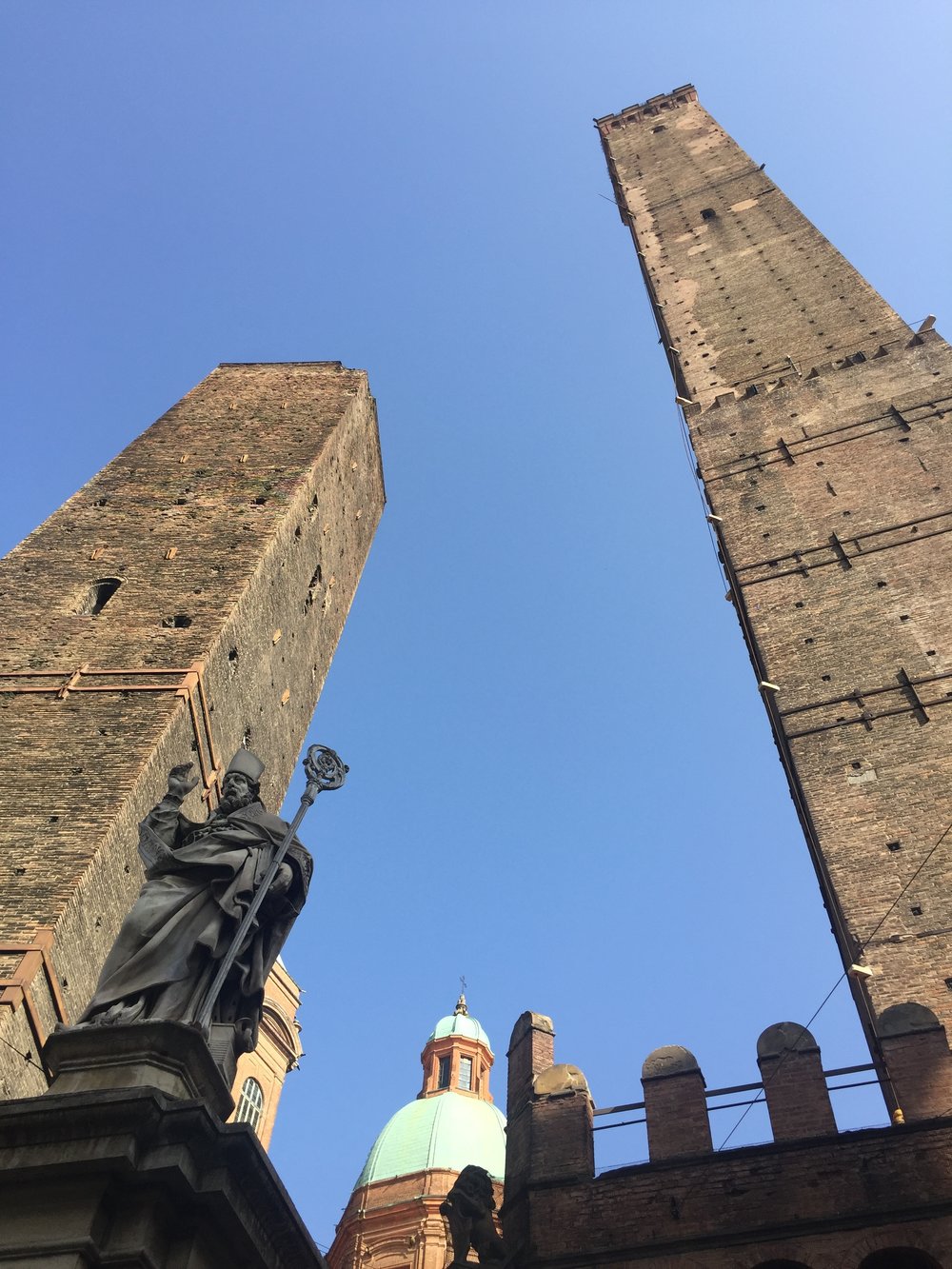 The Twin Towers – Torre Asinelli (318 feet)  and Torre Garisenda (155 feet).  These are two of a handful of towers that still stand in Bologna and are the symbol of the city. In the late 12th century as many as 100 dotted the skyline but most have been destroyed by natural and manmade events.

Off the Beaten Path

The Anatomical Theater inside the University.  The theater, used for dissection of animals and humans was built in the 17th century and is completely carved out of spruce. The details all around the room are impressive.

WAY off the Beaten Path

Portico Walk to Madonna di San Luca.  This is a 2-mile walk under a covered walkway which contains 666 arches. The walk is lovely and the view from the church at the top is fantastic.

A side trip to FICO Eataly World  – the largest agri-food park in the world. Learn, shop, taste and explore in this one of a kind setting.  A must for anyone interested in food production, cooking, and eating. 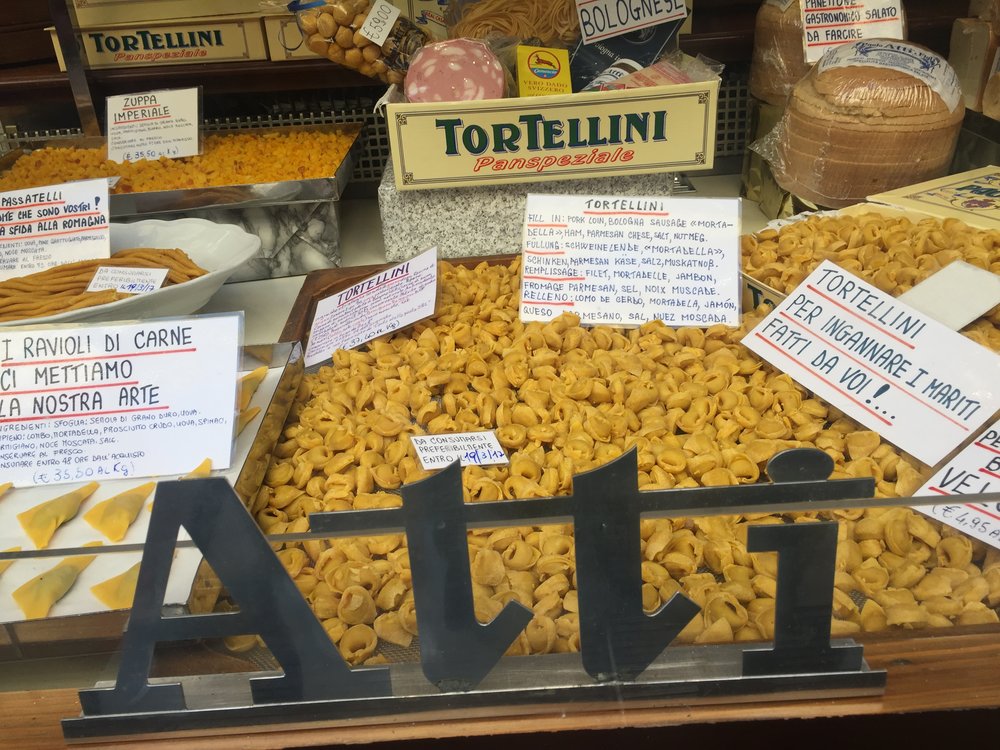 All the things. The culinary tradition in Bologna is unsurpassed. But definitely, don’t miss the tortellini and the mortadella.

Basilica of San Domenico – the Great One (Michelangelo) even made his presence felt here in Bologna and on the altar of a side chapel you will find a delicately carved angel holding a candle.  It is the unmistakable style of the artist and is just one of the impressive works of art in this church that is a little bit off the beaten path.

The Quadrilatero – this is probably the liveliest section of the city.  The tiny medieval streets are lined with market stalls, boutiques, cafes, and restaurants.  It is a perfect place to stop for lunch and a casual stroll. 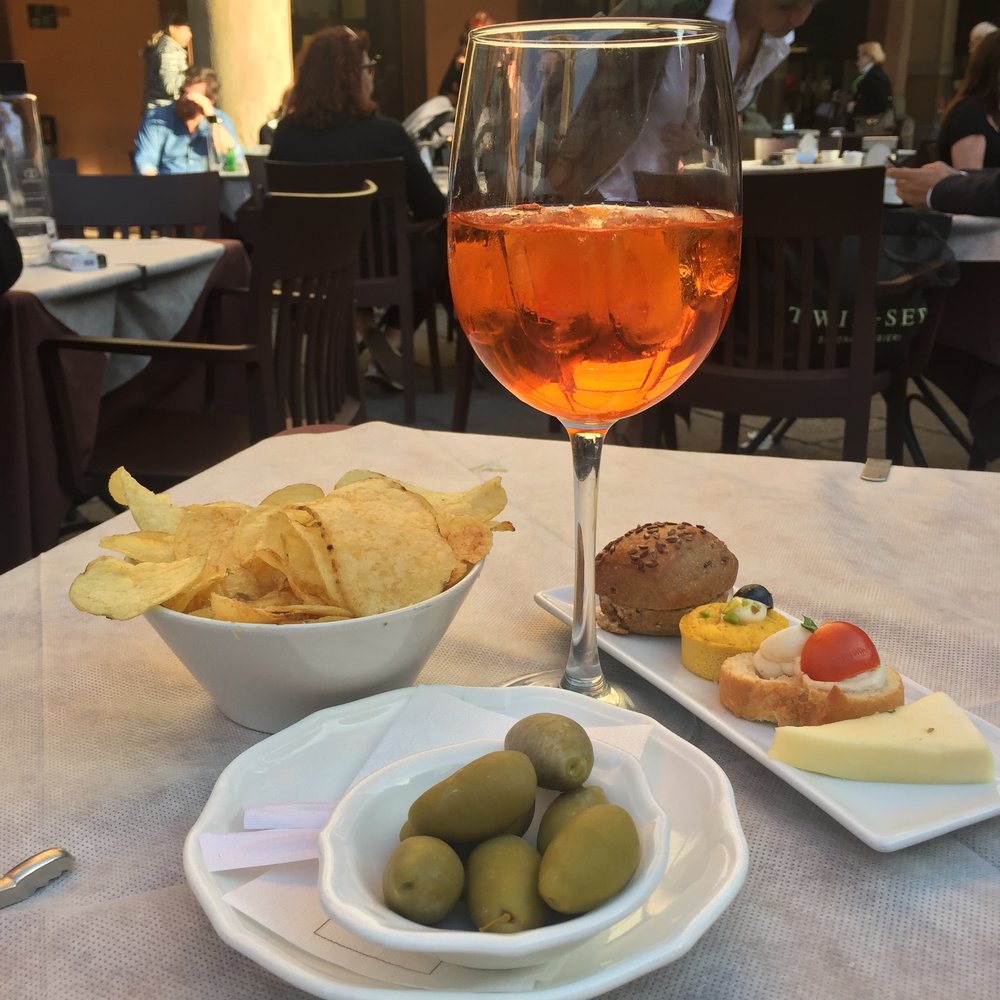 Aperitivo – they do it REALLY well here.

Hotel Majestic già Baglioni Many many thanks to Silvia Donati who spent an entire day showing me around her city.  I have fallen in love with it thanks to her.  You can follow her blog for even more information on Bologna and its surroundings: Bologna Uncovered