The Local Food Movement is alive and growing in the United States but in Italy, it has existed forever.  One of the greatest differences that exist from region to region today is culinary. Many of the culinary traditions of Italy are steeped in history.  For example, one of the staples of Roman cuisine is innards of various animals.  The reason for this is that the high quality meats were reserved for the Pope and those in high places but what was left over after the slaughter was given to the common people of Rome. The Romans made the most of it and to this day one of Rome’s most typical dishes is rigatoni alla pajata (with sheep’s intestines).  In the area that was once home to the slaughterhouses in Rome you will find restaurants that feature these traditional dishes. 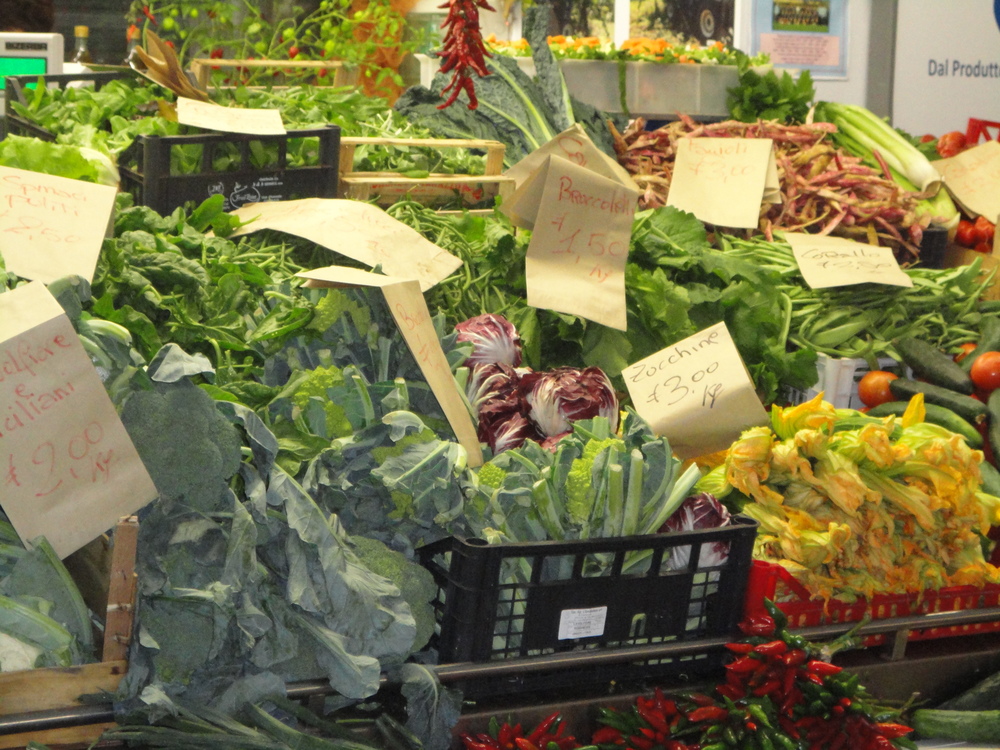 If however, you have ever been to the regions of Umbria and Tuscany you may have noticed that the bread there lacked a bit of flavor, namely is void of salt. Salt was left out of bread hundreds of years ago thanks to a tax levied on salt  and to this day, Tuscan bread is made without salt.  And thus was born other uses for stale, bland tasting bread including local dishes such as crostini, bruschetta and bread soups like ribollita and pappa al pomodoro.

Each region of Italy has its own unique bread that is indicative of that region – go to Rome and you won’t find Tuscan (unsalted) bread but you will find some of the most divine chewy bread that makes your jaws hurt to eat it. Up north in the Emilia Romagna you will find a flat bread called piadina and in Sicily you will find bread with sesame seeds (from the East) and also pane arabo or Arab bread speaking to the island’s Arab influences.   You will not find risotto or polenta in the South just as you would be hard pressed to find eggplant or a large variety of tomato based dishes in the North.

What is fantastic about it when you travel in Italy is that you can have a different culinary experience in every region.  If you are going to Italy, I do suggest that you research the regional dishes and try them in that region.  It is well worth it.

Here are some examples:

Eating locally ensures freshness of products but is also a delightful way to explore and discover any region, be it in Italy or wherever you live or travel.   What are some of your favorite local dishes, be it in Italy or anywhere in the world?  Share them with us in the comments section.