I have spent many Thanksgiving holidays in Italy.  There are traditions that were definitely missed:  the Macy’s Thanksgiving parade on the television, an afternoon of football, being with a large group of family and friends, turkeys made out of my niece’s handprints in preschool.  But Thanksgiving for the expatriate community in Italy is special in its own way.   I have incredible memories of this very American holiday spent in a foreign land:

My dear friend Mimi came to visit me in Rome one year and our Thanksgiving dinner consisted of grilled chicken sandwiches and margaritas at the only Tex Mex restaurant in Rome.  It’s poultry. It counts.

I went to business school in Rome with students from all over the world:  Belgium, Greece, South Africa, Korea.  It was an American school however and as the American students were well represented, we decided to organize a Thanksgiving feast for all who wanted to attend.  Given that none of us had the space (or interest) in preparing dinner for 30 students, we recruited a local restaurant to put on the meal for us.  There were a lot of discussions about the menu and many explanations about our November traditions.  In the end, it went quite well.  There was turkey and something that resembled stuffing.  The potatoes were pureed and not mashed, the pumpkin pie was a crostata and not actually a pie (though delicious).  Appetizers were supplì (yum!). And there was pasta. Of course there was pasta.  We Americans were happy, the international students were puzzled but amused and the folks at the restaurant left us to sit around the table for hours.  Just like we do at home on Thanksgiving. 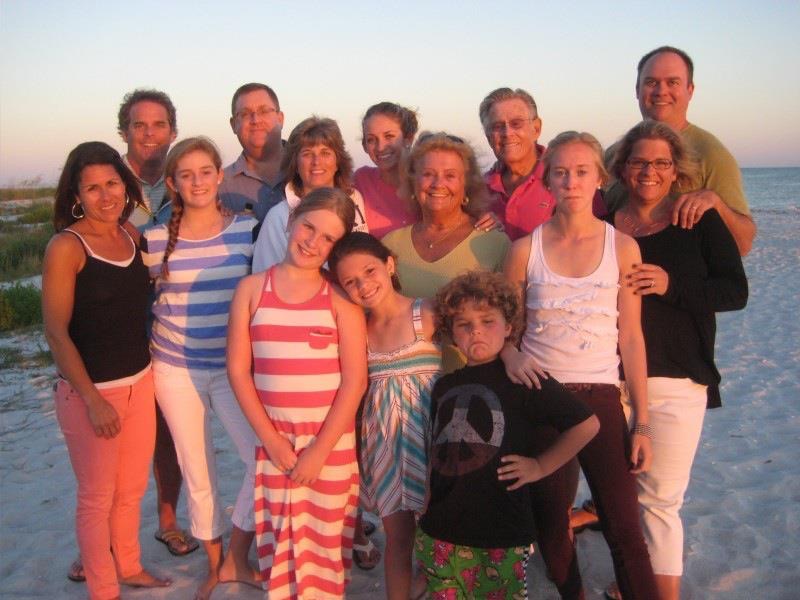 One year after I finished with my tours, my mom came to visit me in Italy.  We went to Florence to spend the holiday with our dear friends John and Pat Kovach.  And of course, Mrs. Kovach made the perfect holiday meal – a true, uncompromised Thanksgiving feast.  They had been transferred to Florence for five years and Pat was learning all of the ins and outs of navigating the crazy Florentine life.   She was brilliant.   Stops at the butcher for the biggest turkey he had, excursions to the import store for the stuffing and pie ingredients and a natural knack for being an incredible hostess all made for an unforgettable dinner with new friends and old.  Oh, and the penthouse setting overlooking the Ponte Vecchio?  Not too shabby.  I still think of the Kovaches every time I pass that building.

While my Thanksgiving memories from Italy are somewhat unconventional, the most important tradition  – that of spending time with friends and family – was always maintained.   This year we will be in Sanibel with my whole family.  15 of us descending on that little island. It is a bi-annual tradition that we look forward to immensely.  We don’t do a lot of the cooking as that would take away from beach time.  But there will be turkey, potatoes, stuffing and pie.   And maybe some supplì.  Happy Thanksgiving to you all.  May your turkey skin be crispy and your pants be elastic.  Buon Appetito!