The quiet northwest corner of Italy is often times overlooked by tourists who zip by it en route to the coastline Cinque Terre to the south or the ski slopes of the Italian Alps to the north.  Big mistake. Huge. The region is rich in culture and offers amazing opportunities for the traveler who is seeking an off the beaten path type of experience.  Torino (Turin), it’s capital, is an exciting and fascinating city with an imperial history.  The city itself deserves several days of exploration. A guide to Torino and more coverage of Piedmont will be the subjects of several blogs in April.  Stay tuned.

Piedmont is where the Slow Food movement started. There is a great appreciation for the land and the symbiotic relationship between the land and its people.  It is the region of the prized white truffle, Barolo wine, hazelnuts and so much more. To say that the people of Piedmont are “foodies” is almost an offense.  They don’t appreciate the food because it is trendy.  They embrace (and always have embraced) the idea of local, seasonal ingredients prepared with simplicity and care.  Eating and drinking are important both personally and economically because food and wine are significant contributors to the region’s economy.

As I traveled through the countryside of Piedmont, from one little wine territory to the next, I maneuvered along curvy roads that climbed up the rolling hills and plummeted back down into the valleys.  As far as the eye could see, there were vineyards. And where there were no vineyards, there were hazelnut orchards.  The hazelnuts of Piedmont have been given the IGP (protected geographical indication) certification guaranteeing the superior quality of the product.  Approximate 4500 tons of Piedmont hazelnuts are produced each year, with the bulk of them designated for the chocolate industry, in the form of hazelnut spreads like Nutella (made by Ferrero which has its headquarters in the city of Alba) and other chocolate confections. 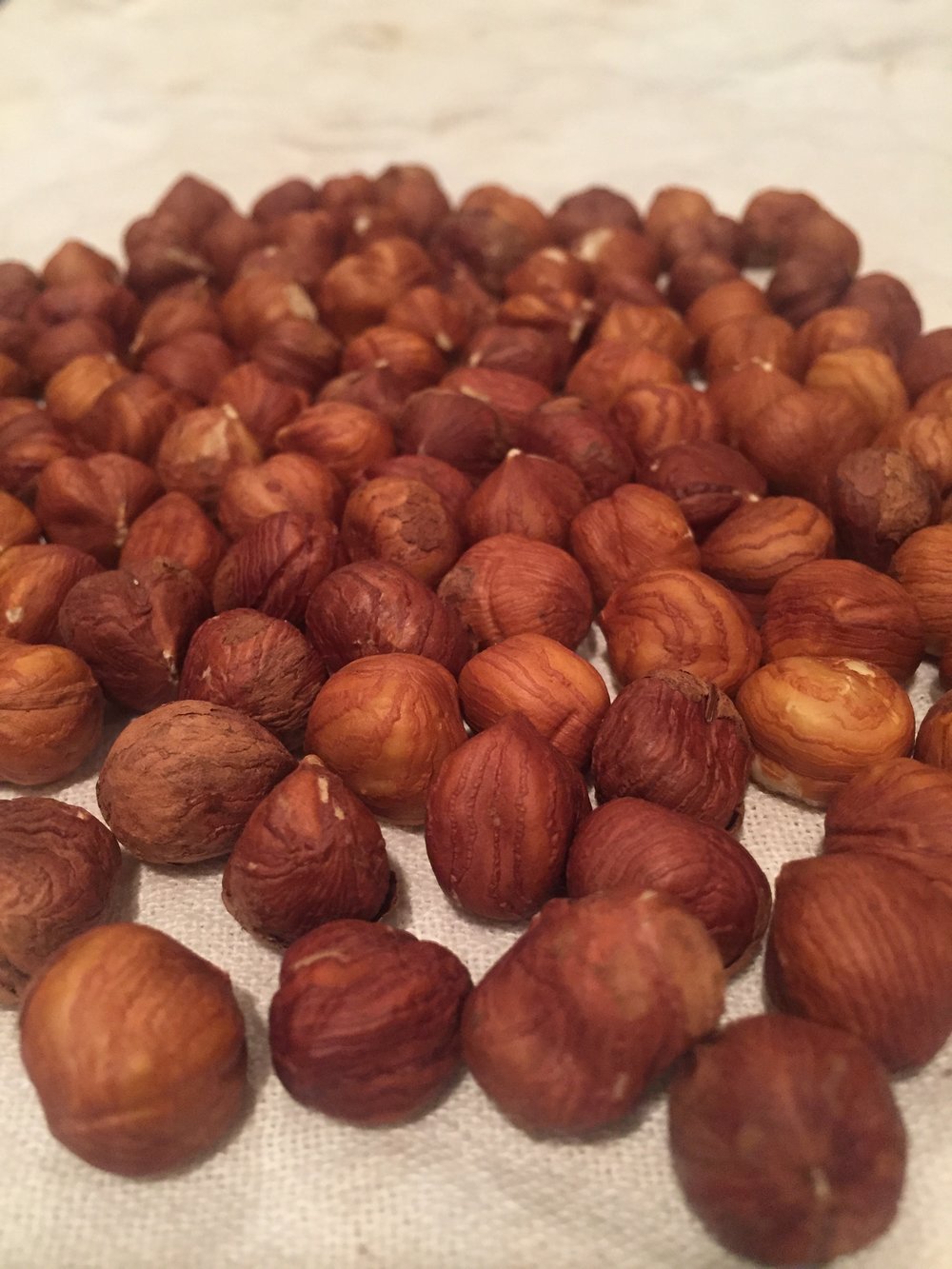 One of the most typical sweets from this region is the torta di nocciola or hazelnut cake.  The cake embraces that Italian tenet of using only four ingredients – in this case, eggs, hazelnuts, sugar, and salt.  It’s a gluten-free dessert (again, not because its trendy but by tradition) and it is served both as a dessert or for breakfast.  The cake is not too sweet and pairs beautifully with some lightly sweetened whipped cream. There are a lot of recipes out there for torta di nocciola.  If you are looking to make the traditional one, it should not contain flour or butter.  Sugar, Hazelnuts, Eggs, Salt.  All of the highest quality, of course (in the absence of hazelnuts from Piedmont, you can use Oregon hazelnuts. They’re the same, but different) This is the recipe I finally settled on with good result.  The cake was a little gooier (is that a word???) than the one I had in Italy but the flavor was spot on.   I may add some more hazelnuts next time and see what happens.  Try this cake, especially if you are having guests who follow a gluten-free diet. In a moment of decadent inspiration, I added a dollop of hazelnut spread to the top of each slice.  I can’t say I’m sorry. 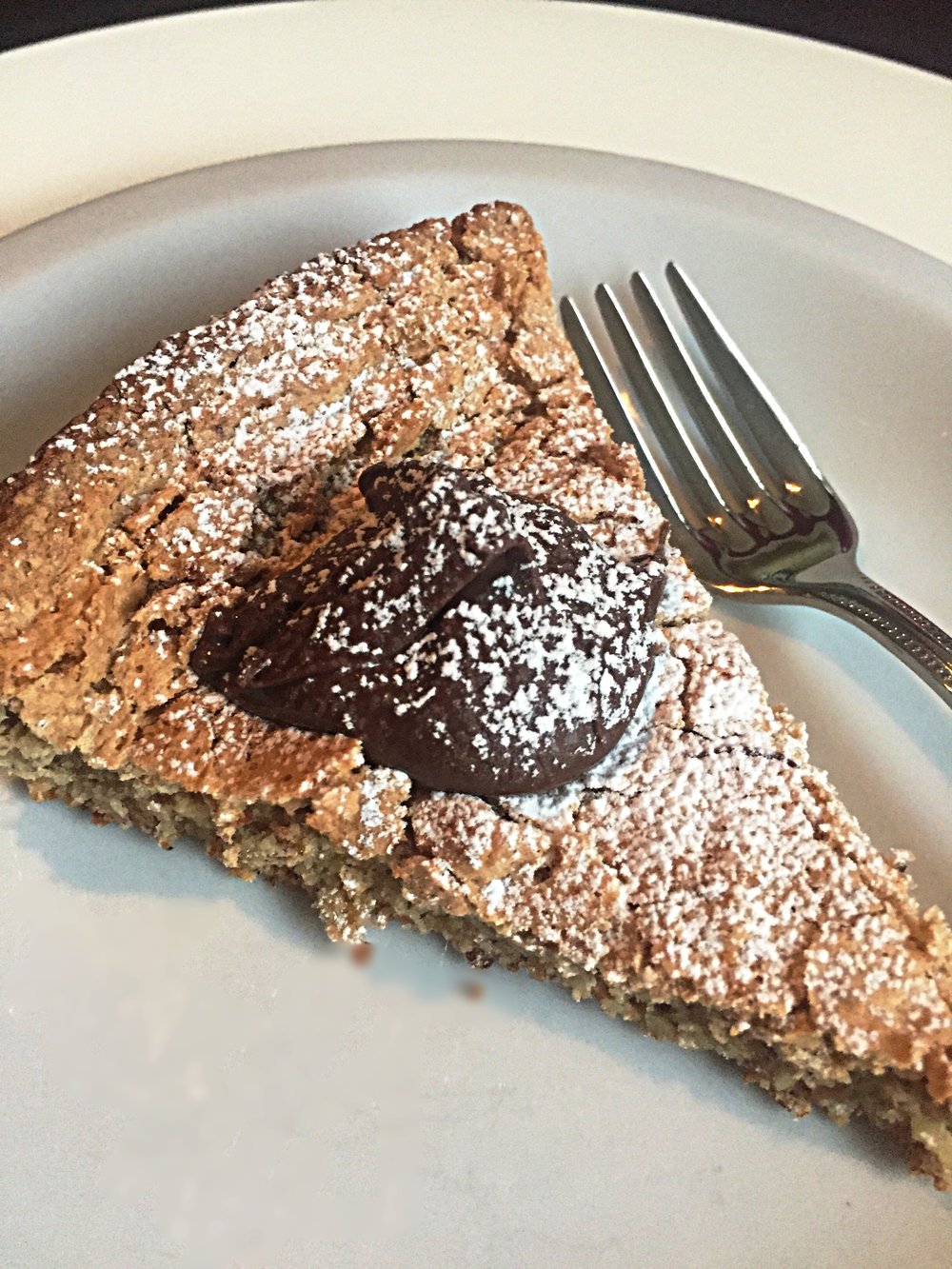 3 thoughts on “The Flavors of Piedmont: Hazelnuts     ”